An interesting development in the world of mining, and recycling, is the recovery of precious metals, and rare earth metals from laptops, tablets, and smartphones.

Max Plenke, in the article, “14 Shocking Photos Show What Your Smartphone Is Really Doing to the World”, posted on www.mic.com, detailed the practice of metals recycling from smartphones. Although the mining of e-waste is well known, it lacks regulatory framework globally.

It is estimated that over 2 billion people will have smartphones by the year 20171, and with the rapid pace of technological advance, most of these, will shortly end up as waste.

So what exactly happens to this waste ?

John Koetsier, wrote an infographic piece entitled “Mining your iPhone: Recycling iPhones yields gold, silver, platinum, and more”  in www.venturebeat.com, in which he detailed to how, ton for ton, the yield from mining, iPhones outs strips Run-of-Mine ore by between 3-300 % (with the exception of platinum)2.

He quoted 911 Metallurgist, which performed an exhaustive assessment of them metallurgical contents of various iPhone makes. The found that the smartphone contains gold, platinum, aluminium, copper, silver, and a host of  rare earths metals such as Yttrium, Lanthanum, Neodymium, Gadolinium, and Europium2.

It is the preferred analytical tool for scrap metal recyclers that depend on fast, accurate elemental analysis, as it provides reliable, real-time data for sample identification and positive material identification for even difficult-to-analyse light elements, without helium purging or vacuum pumps. 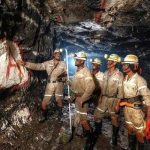 Marching ahead with mining technologyGeneral news 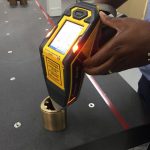